9 Best Weapons To Carry For Self Defense (Besides Guns)

In an ideal world, no one would have to use force on another person.

However, we do not live in a perfect society, and violence is all around us.

Even if you take every precaution imaginable to avoid getting into a problematic position, you might still get into trouble.

Once you’ve gotten that call, the last thing you want to hear is that your loved one has been shot.

Immediately after receiving such a phone call, it’s critical to know how to defend yourself. A decent weapon might prevent you from becoming a statistic.​​​

Of course, a firearm is the most reliable method of self-defense, but it may not always be accessible.

For example, if you find yourself in a location where guns aren’t permitted.

The goal of this post is to provide you with information about various types of weapons that you may use in self-defense.

You can take most of these anywhere without drawing attention, but they’re powerful enough to bring down nearly anybody.

Here are 9 weapons that could save your life… 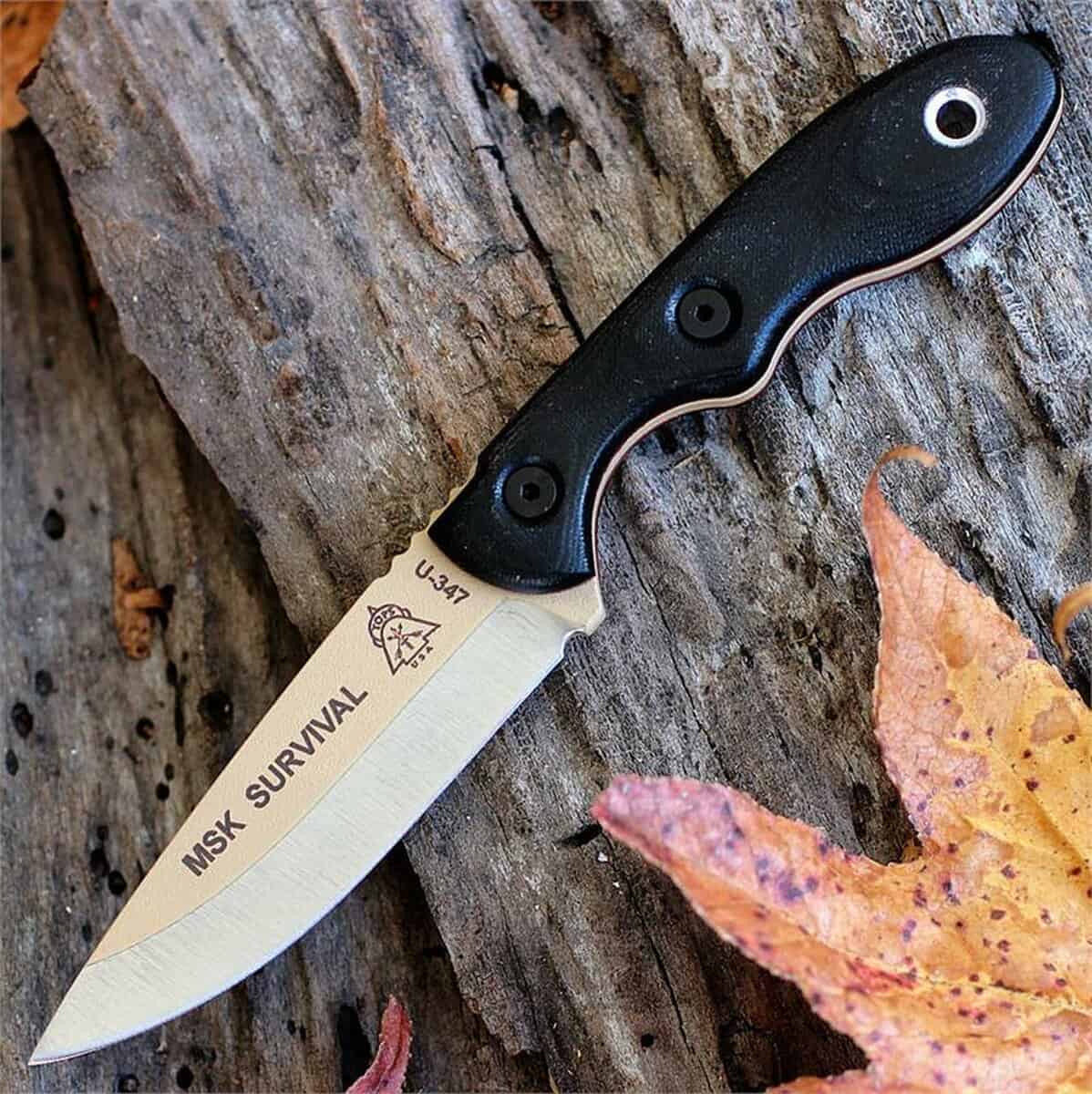 The most basic weapon is probably the one that comes to mind first.

Knives may be found in almost any location, and virtually everyone has at least a few, whether they’re Swiss Army knives or large fixed bladed K-bars.

However, while a K-bar or similar type knife is likely to attract attention to you, a basic folding tactical knife may be kept discretely in your pocket and can serve the same purpose.

In a confined space, a knife may be more deadly than a gun.

For self-defense, choose a hardy folding knife that can be opened quickly and has a serrated blade with an ergonomic grip.

Since this stuff is strong  enough to be used as a defense against bears, you can bet it will be effective against any human.

Pepperspray’s inflammatory impact causes the eyes to puffy and shut, making it impossible for the assailant to see anything.

That’s a small price to pay for a device that irritates the attacker’s eyes, skin, and respiratory system immensely.

When you fire a burst in the face of an attacker, some of it is likely to get on you as well. People with respiratory difficulties are at risk here.

Furthermore, since pepper sprays are made of chemicals that can’t withstand high heat or cold, they become less potent.

It also isn’t as effective when there’s a strong wind blowing against you or if it’s raining.

While pepper spray is a good idea, you should also have another defensive item on hand.

Stun guns are often disguised as everyday objects, so they shouldn’t arouse suspicion.

You should nevertheless maintain your stun gun in an inconspicuous location.

A stun gun is not only a non-lethal self-defense weapon, but it’s also a fantastic substitute to pepper spray because it can work even if the weather is windy or rainy.

The brilliant crackle of electricity may be enough to frighten off attackers.

Even if it isn’t, the thousands of volts of electricity will certainly suffice. 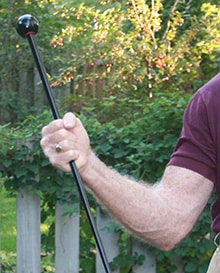 A walking cane is one of the most effective defensive weapons on this list.

It has a long reach, delivers a painful blow, and is far less frightening (at first) than a baseball bat.

Choose a cane with a sturdy handle that won’t break easily and isn’t made of plastic.

Remind yourself that if you want to use a cane for self-defense, you’ll have to appear to have a limp since people will think you’re up to no good.

A flashlight can be a viable option to a cane, and it can even be more harmful than one, but only if you use an indestructible flashlight (like this one).

Because flashlights may break easily in a struggle, stick to flashlights designed for self-defense like the one linked.

It’s made of aluminum and has the same amount of force as steel pipe. 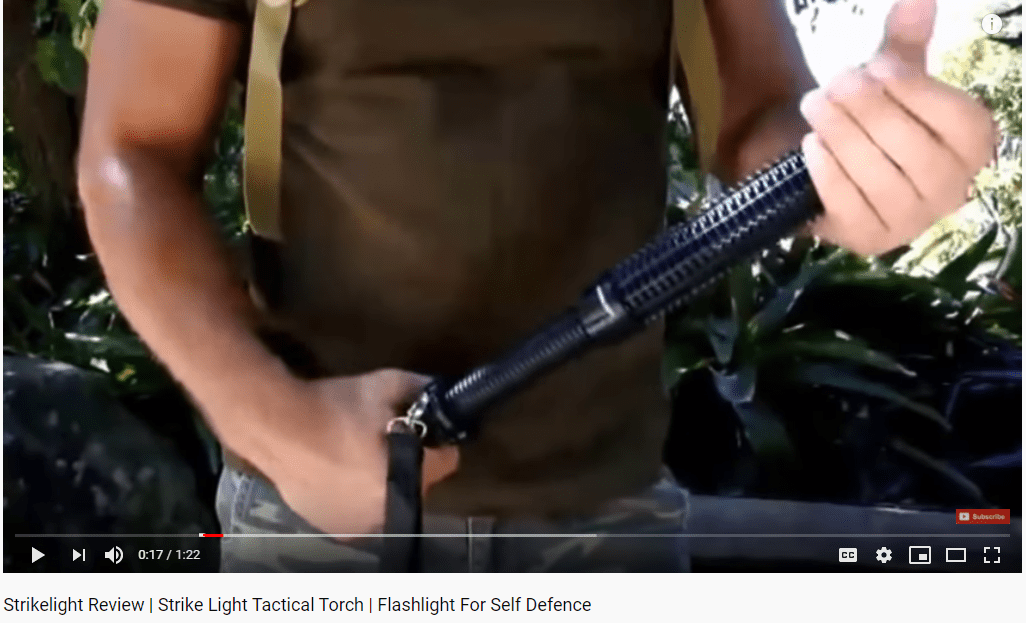 Another common thing that may be transformed into a powerful self-defense weapon is a belt.

For this, you’ll need a big leather belt with a hefty metal buckle.

A belt will provide you lots of range, and the buckle can inflict serious damage if you swing with enough force.

A belt might also be used to strangle an attacker or tie them up after they’ve been taken into custody, significantly expanding its usefulness. 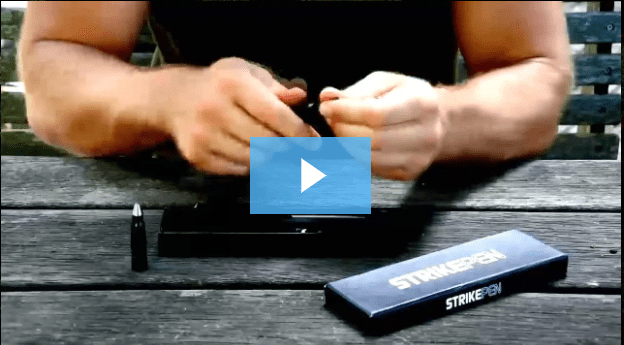 A tactical pen is an item that’s equally at home in your EDC as it is in your survival kit.

Want to see the best tactical pen on the market? See my review here.

A tactical pen, on the other hand, is even more effective.

The top of the ink cartridge should be positioned at an angle of 45 degrees from your arm’s edge.

If you don’t have one yet, get one as soon as possible!

Wait a second, a scarf?

A scarf may be used as a makeshift garrote or a strangling implement.

If you still have doubts, consider this: The French Foreign Legion uses scarves as part of their gear and has been recorded using them as garrotes on tactical operations.

The main disadvantage of a scar is that they are designed for cold weather, so you may appear ridiculous in warm weather wearing one.

You may also utilize your vehicle keys as a self-defense instrument.

If you’re using a non-folding key as a push dagger, keep in mind that it can’t be too sharp (and most aren’t).

They may not be as sharp as a real dagger, but if you use them with enough force, they can inflict significant damage, especially if you’re hyped up.

You might also want to consider obtaining a keychain self-defense tool, such as the one shown in the link. These are sharp enough to really inflict damage on someone, even if they’re dressed.