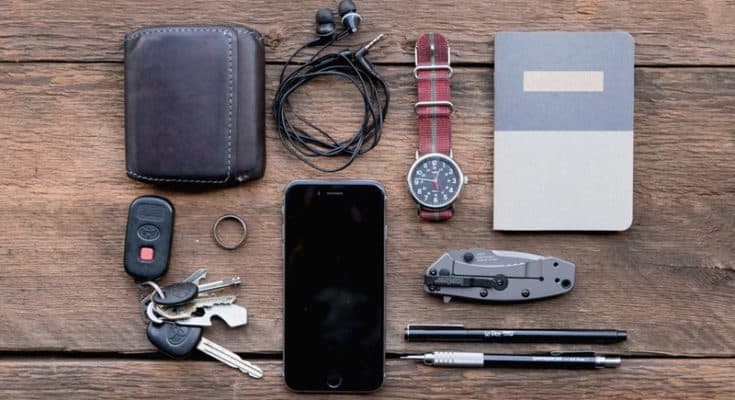 We're talking about the objects on your person when you leave the house.

Dialing in your EDC essentials helps reduce your stress because you have all the tools at your disposal to solve any problem that may arise.

Your pocket space is limited, so the items you carry on a daily basis need to be highly curated.

That’s especially true if you’re on a budget and don’t want to blow your savings on a single pocket knife.

We’ve put together a list of some of the best reviewed EDC essentials on the internet, all of which come under $50.

The ability to start a fire is something that can be incredibly valuable in a disaster scenario.

It’s a small item that won’t take up much space, and it’s something that can be lifesaving in certain situations.

If you would like to purchase a high-quality lighter that is both durable and reliable, check out this Tough Tesla lighter.

And it’s a brilliant DayGlo orange so it’s always easy to find. 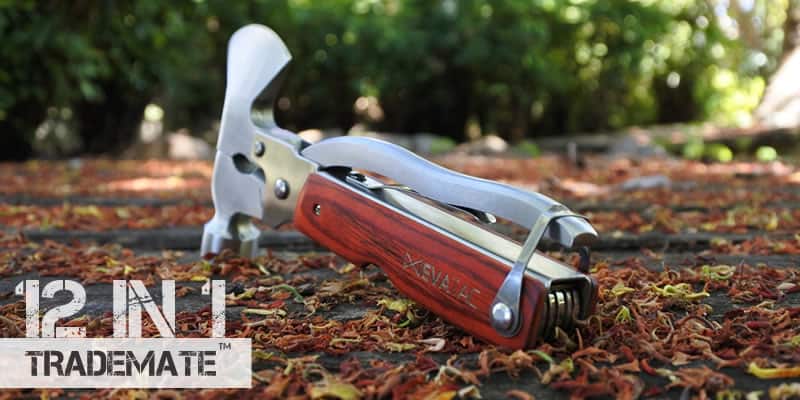 You can’t carry an entire toolbox with you everywhere you go, but you can carry a multitool.

If there was ever a piece of gear that could replace everything in your tool box, this is it!

Meet the TradeMate™ by EvaTac™.

GET YOUR TRADEMATE HERE

This genius design has 12 tools crafted into 1 top notch piece of gear that you will never want to leave home without.

This is the perfect tool for all handy home owners and a great addition to survival bug out bags.

See the full list of features the TradeMate™ has to offer >>

If you don’t want to carry a multitool, a pocket tool is another great option.

Unlike multitools which can be a little bulky, pocket tools are about as slim as a credit card, making them easy to carry in your pocket or in your wallet. Pocket tools also contain a number of different tools, including bottle openers, saws, sockets, and more.

If you are looking for a great pocket tool, we recommend ​checking out the Survival Business Card.

This credit-card-sized pocket tool contains 18 different tools, including a ruler, a box opener, a can opener, various screwdriver heads, and more. 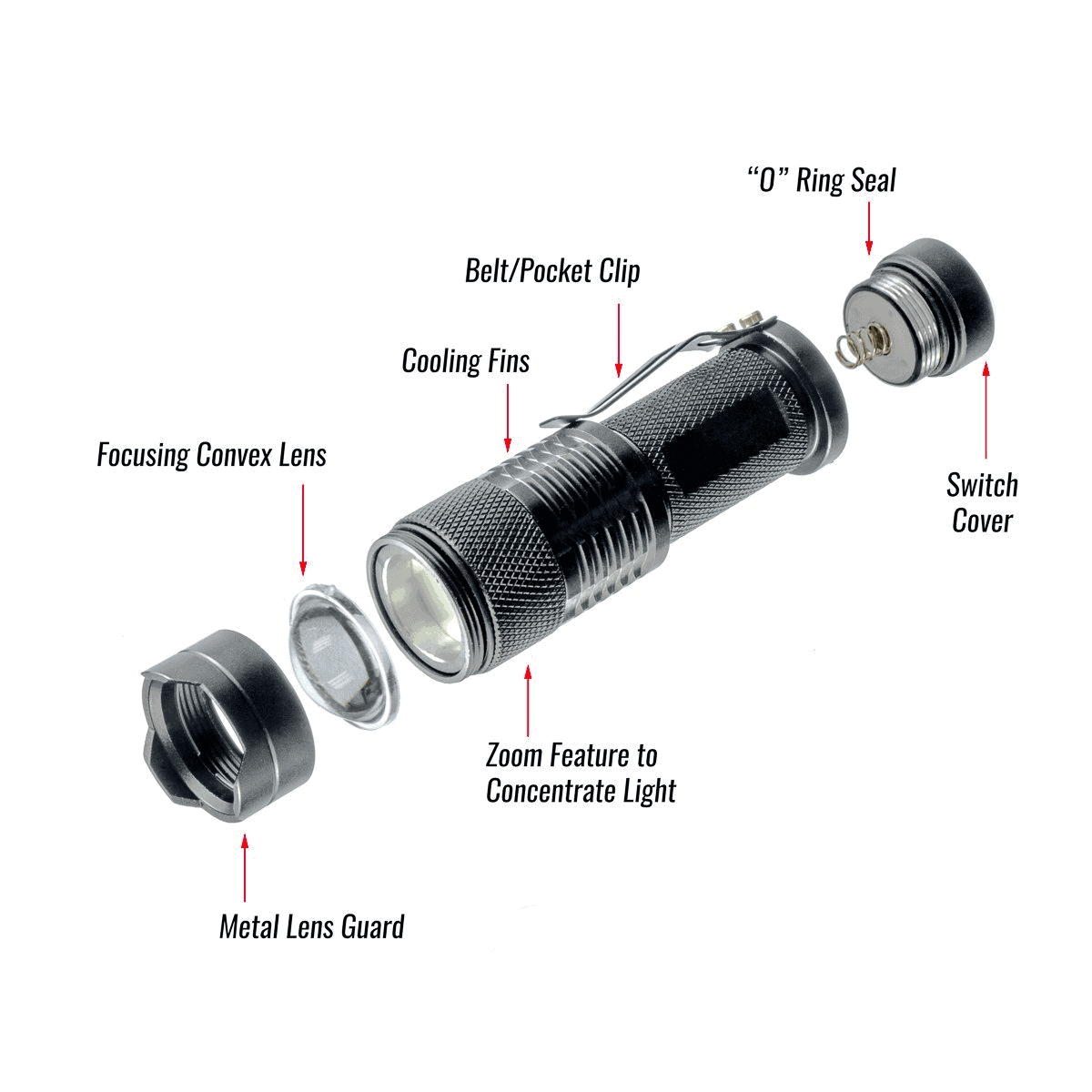 In the event of a major disaster, electricity is often one of the first things to go.

While this presents a number of major problems, one of the most immediate issues that a loss of electricity presents is a lack of light.

If you happen to be inside an unfamiliar building when the lights go out, finding your way out in the darkness and the chaos can be incredibly difficult.

Of course, this is just one of many scenarios where having a flashlight on you is useful. In the event that you are caught away from your home during or after a disaster, a flashlight is certainly something that you will want to have available.

If you would like to carry a flashlight that is both bright and compact, we recommend checking out this one. 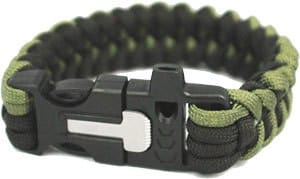 On the list of most versatile survival supplies, paracord ranks near the top.

Thanks to its extreme strength and durability, paracord can be used for a wide range of emergency applications, from crafting a makeshift splint to creating a shelter.

While paracord may not seem like something that is convenient to carry around on a regular basis, there are a number of products on the market designed to convert paracord into an EDC item.

This paracord survival bracelet, for example, contains nine feet of paracord as well as a built-in wire saw.

Simply clip this bracelet on your wrist and you’ll be able to take an emergency supply of paracord with you everywhere you go. 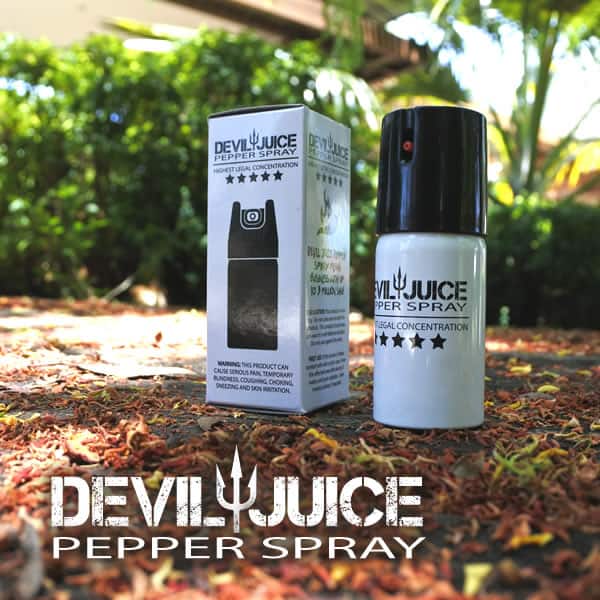 If you aren’t able or willing to carry a firearm for self-defense, pepper spray is the next best thing.

And you don’t need any kind of special permit to carry pepper spray.

Most importantly, a blast of pepper spray to the eyes and face will almost always stop even the most determined attacker.

Pepper spray is also easy to use and aim, making it an ideal means of defense for someone who does not have any firearm or self-defense training.

Having the means to defend yourself is a key component of disaster survival, and carrying pepper spray ensures that you’re never caught defenseless.

If you would like to start carrying pepper spray with you, we recommend this pepper spray. 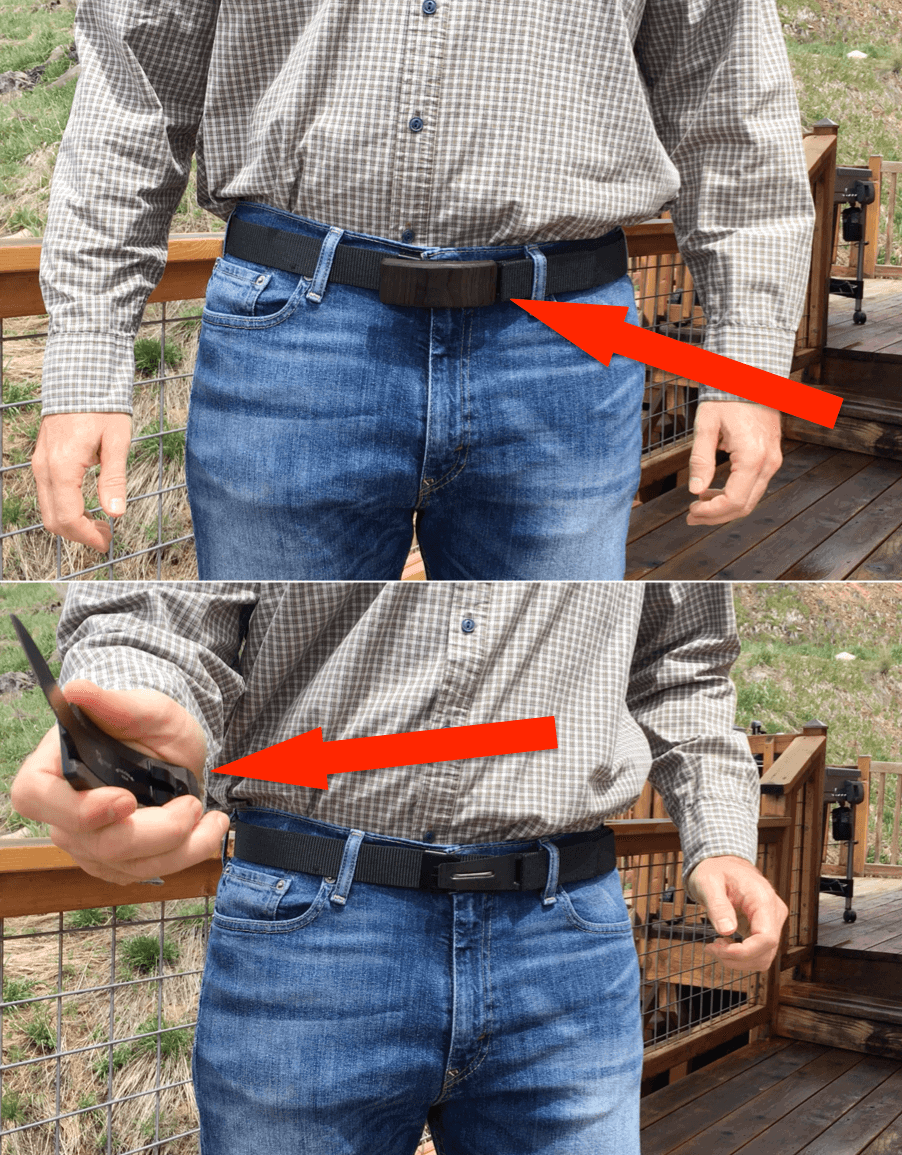 A tatical knife is the quintessential EDC item, and its reputation as being one of the most useful things that you can carry is well-earned.

The number of situations where a knife can prove useful in a disaster scenario is too many to list, and simply having a small knife on you at all times can make you better prepared for a wide range of obstacles.

In addition to being a useful tool, a knife can also serve as a means of self-defense in an emergency. 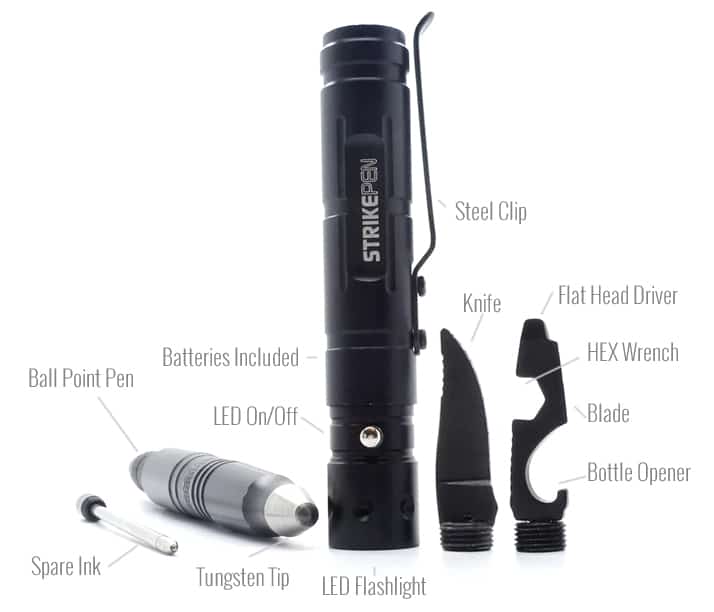 Pens are popular EDC items due to the fact that they are something most people use on a daily basis.

However, a pen is probably not the first item you’ll be reaching for in a disaster scenario.

Survival pens are different, though.

These pens serve as a sort of multitool that includes things such as a flashlight, compass, window breaker, self-defense tip, and more.

If you carry a survival pen, you’ll have a fully functional pen for day-to-day use as well as all the other tools that a survival pen includes for emergency use.

If you would like to purchase a great survival pen, ​we recommend checking out the Strike Pen. 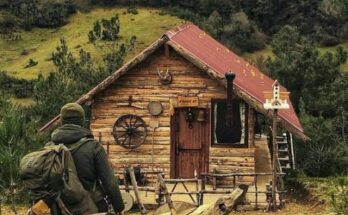 Tsunami and Earthquake Preparedness: Lessons Learned from the 2004 Sumatra Earthquake

How To Close A Pocket Knife